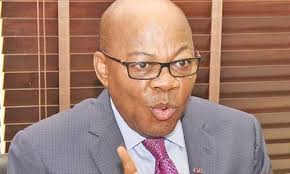 The Supreme Court on Tuesday ordered the immediate swearing-in of Senator Hope Uzodinma, the All Progressives Congress (APC) governorship candidate in the March 9 election.

He replaced Chief Emeka Ihedioha of the Peoples Democratic Party (PDP), who was in office for seven months.

PDP accused the Justices of compromise and demanded a review of the judgment.

Adedipe believes the PDP was “talking politics”, saying the party could not be making “a serious call”.

Adedipe added that such a call from a major political party “is unfortunate”.

For Agbakoba, the demand is unrealistic.

He said: “The demand is not feasible as it is a final judgment and not amenable to review.”

Raji said while the Supreme Court rules allow for a review in a very limited way, there are other factors to be considered.

Fashanu said the Supreme Court was functus officio in the matter and cannot revisit the case.

to grant the request.

According to him, there have been previous applications in the past asking the court to review its judgment.

The PDP promised to seek a review of the verdict which it described as a “recipe for crisis and a coup” against it and the Imo people.

The apex court held that the Independent National Electoral Commission (INEC) was wrong to have excluded results from 318 polling units from the votes recorded for Uzodinma.

The votes scored by Uzodinma and his party in the 318 polling units and which the court held was unlawfully excluded were put at 213, 695. The court added that Ihedioha and the PDP scored1, 903 in the polling units said to be located in Uzodinma’s stronghold.

Ihedioha expressed disappointment with the verdict, saying it was “unfair and unjust”.

The PDP described the judgment as a miscarriage of justice.

It requested Chief Justice of Nigeria (CJN), Ibrahim Tanko Muhammad, to step down while the six other justices that decided the matter should recuse themselves from the remaining election petition cases pending at the apex court.

The pending cases are those of Sokoto, Kano , Adamawa, Bauchi, Benue and Plateau states.

Querying the validity of the judgment, Secondus pointed out that the 127,209 votes added to the votes of the APC candidate, Hope Uzodinma, by the apex court could not be justified.

He said the votes added to the APC candidate shot the total votes cast at the election above the number of accredited voters, as contained in the record of the Independent National Electoral Commission (INEC).

The PDP Chairman also queried the allotment of the entire votes in the disputed 388 polling units to Uzodinma, saying that going by INEC records, election did not take place in those poling units as a result of violence and other disruptive activities on election day.

No going back on social media regulation – Federal Government

Please wait...
Want to be notified when our article is published? Enter your email address and name below to be the first to know.

To be the reference point in professional standards within the broadcast environment while cutting out redundancies associated with radio programming
Contact us: contact@orangefm.com

RUGIPO Protest: I never promised to pay for the damages- Bassey